SHIGARAKI -The History and the Present- 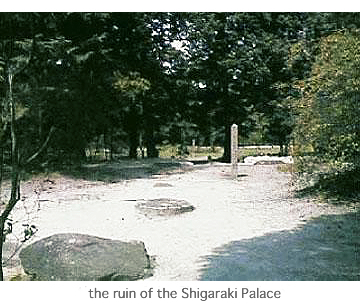 Shigaraki, as one of Japan’s Six Ancient Kilns, is one of the oldest pottery producing places in Japan, Shigaraki was a crossroads for transportation between Nara and Yamashiro, of the central Kinai region,and the Tokai region (Nagoya area).
Since it is near Kyoto and Nara, where the tea ceremony was born, Shigaraki tea ware developed naturally. With rich deposits of high quality clay, Shigaraki was an ideal location for potters as well. 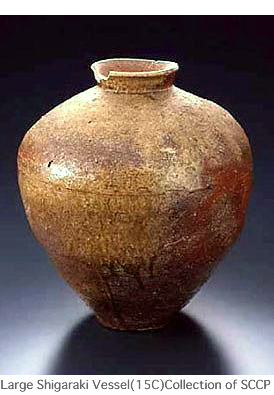 By around the end of the medieval period, Shigaraki potters were making jars, vats, and mortars and firing them in anagama kilns. Shigaraki had begun to develop its own unique style as one of Japan’s pottery producing centers
Shigaraki ware is known for the special quality of its clay. By firing in anagama or noborigama wood-firing kilns, effects such as warm, reddish hiiro flashing, deep green natural ash biidoro, or burnt black koge can be achieved. As a form of art using the media of clay and fire, Shigaraki pottery communicates the Japanese aesthetic of wabi and sabi to the present age. 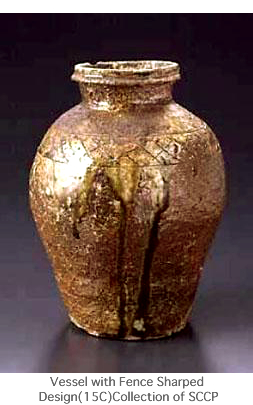 The rusticity of Shigaraki ware expresses the emotions of the Japanese people. For this reason, since the Muromachi (1338-1573) and Momoyama periods (1573-1603), Shigaraki tea ware evolved along with the tea ceremony, and was prized by tea masters and people of culture. 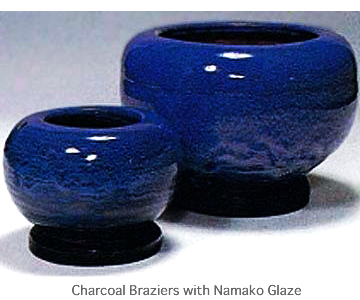 Ware for the tea ceremony became increasingly popular through the Muromachi, Azuchi, and Momoyama periods. In the Edo period (1603-1867), tea jars were produced in large numbers, and as a commercial infrastructure developed, daily utensils such as plum jars, miso jars, sake bottles, and flameware began to be produced in mass quantities.
In the Meiji era (1868-1912), Shigaraki potteries began to produce hibachi charcoal braziers glazed with the newly developed namako mottled blue glaze. These hibachi proved to be extremely popular, at one point garnering a more than 90% share of the market across Japan. In addition to hibachi, Shigaraki produced small wares such as ritual vessels, sake vessels, and tea ware, along with large wares such as storage jars in ever-increasing levels of both quantity and quality. 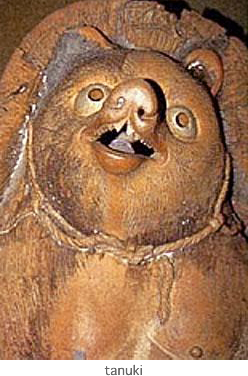 In the Showa era (1926-1989), particularly in the 1960s and 1970s, one result of Japan’s rapid economic growth was the development and popularization of electric and oil heaters. The rise in the standard of living along with changes in the Japanese lifestyle meant a severe decline in the demand for hibachi, a catastrophic development for the Shigaraki economy.
However, the innovation of local craftsmen combined with traditional techniques resulted in the adaptation of the namako glaze to ceramic planters. The emphasis of production shifted to planters for high-quality bonsai and other plants. These new products were well received by consumers.

Shigaraki today produces utilitarian ware such as planters, flower vases, and tableware, as well as exterior ceramics such as architectural tile, garden furniture, and decorative ornaments such as tanuki raccoon dogs and frogs. Shigaraki ceramics are rooted in our daily life, and new technologies are developed in response to demand. Shigaraki clay is highly refractory, and while high in plasticity, it also strong, making it ideal for both large-scale ceramics and small work. The ability to develop in a variety of ways is one of the unique characteristics of Shigaraki ware.

By fully utilizing its high quality clay and technological tradition, Shigaraki ware enhances our enjoyment of life. Shigaraki is now striving to become a world center for ceramics, creating a new culture of ceramic art based on historical tradition.

In 1976 Shigaraki ware was designated by the Japanese government as one of Japan’s Traditional Handicrafts.